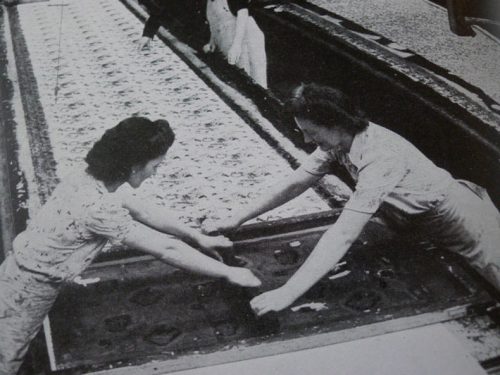 The history of screen print is said to date back to the Song Dynasty in China over 1,000 years ago. The Song Dynasty was the first recognized civilization to have issued paper money. Their original currency began as coins, made out of bronze or copper with a hole in the center. These coins were designed to be strung around the neck and traveled with. Although, this became a problem due to their weight for merchants who traveled long distances. In order to solve this problem, the Song Dynasty thus changed the history or screen printing and began printing money.

This new form of currency began to spread to neighboring countries such as Japan, Eastern Asia and eventually to Europe. Japan used silk to create a mesh and continued to advance the art. This idea although was not spread to the Western Hemisphere until the late 18th century. This was due to the availability of silk through the Silk Road.

By the 1880’s the history of screen print made it’s farthest advancement west to the United States. Artists were able to use to wax paper handwriting stencils to print. These stencils were bound into a frame in which then ink was squeegeed through (as shown above). At this point, the process was known as silk screen printing.

In the 1900’s up until to 1907, screen printing grew and soon became patented, issuing 4 patents. In 1910, came the next advancement in screen printing through the use of photo reactive chemicals to create screens. This was the turn point in the history of screen printing, where art had the potential for commercialization. 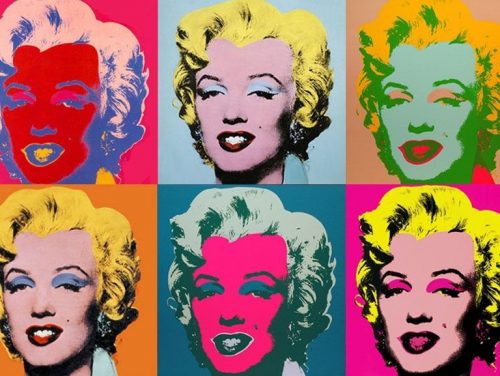 Soon came the 1960’s, a time filled with many social movements. This era prompted countless images and banners to be made in support or opposition of these movements. At the time as well, artists started to diverge and explore with creative expression and out of it came artists like Andy Warhol. Out of it, came iconic prints like “Marilyn Diptych” by Andy Warhol. You could even go as far to say that these movements impacted screen printing forever after.

The future of screen printing

Screen printing has come a long way within the last 100 years. New advancements are continuously being thought of to move technology forward. Many of these include looking into how the industry can be more environmentally friendly, cost-efficient for small print orders and more training for the field. Despite the advancements to come, the history of screen printing sure has come a long way.

Vintage inspired designs are everywhere, and promotional products are no exception. One of easiest ways to tap into the vintage aesthetic is using a font made with design sensibilities from decades ago. Here are a few fun choices to consider for your next retro design project.   Designed way back in 1922, this font is […]

Many times, when decorating promotional products, selecting colors for the product and embellishment is easy. Most logos come with colors already chosen, so it is as simple as matching a color to an ink or thread. Apparel colors can be chosen to complement the logo or for functional reasons such as bright safety colors for […]

Ever wonder how a company logo or cool design goes from a standard image to a beautifully embroidered shirt?  The process is called digitizing and the artists that do it are, as you probably already guessed, digitizers.  Digitizing is redrawing a logo or design as stitches in a special embroidery software program which can be […]